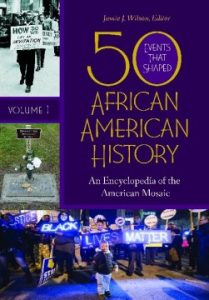 Our featured eBook is 50 Events That Shaped African American History: An Encyclopedia of the American Mosaic

To view this title, and other titles in this collection, start with the New eBooks Research Guide.

To borrow any of these books from us, simply click on the “Request Book” link under the title of interest, and use your State Library borrower’s card to request the book directly through the Library’s catalog. Not sure how to do that? See this short tutorial on how to request a book in the catalog.

Borrowers may also request these titles from the NJ State Library by sending an email to: circulation@njstatelib.org, or by contacting the Circulation Desk at 609-278-2640 x104, Monday to Friday, from 8:30 am to 5:00pm. 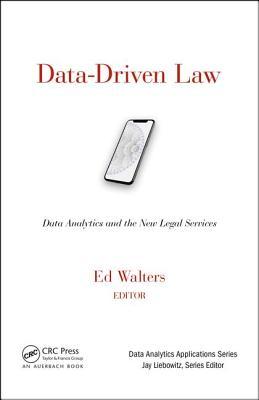 For increasingly data-savvy clients, lawyers can no longer give "it depends" answers rooted in anecdata. Clients insist that their lawyers justify their reasoning, and with more than a limited set of war stories. The considered judgment of an experienced lawyer is unquestionably valuable. However, on balance, clients would rather have the considered judgment of an experienced lawyer informed by the most relevant information required to answer their questions. Data-Driven Law: Data Analytics and the New Legal Services helps legal professionals meet the challenges posed by a data-driven approach to delivering legal services. Data-driven decision-making requires firms to think differently about their workflow. Most firms warehouse their files, never to be seen again after the matter closes. Running a data-driven firm requires lawyers and their teams to treat information about the work as part of the service, and to collect, standardize, and analyze matter data from cradle to grave. More than anything, using data in a law practice requires a different mindset about the value of this information. This book helps legal professionals to develop this data-driven mindset. 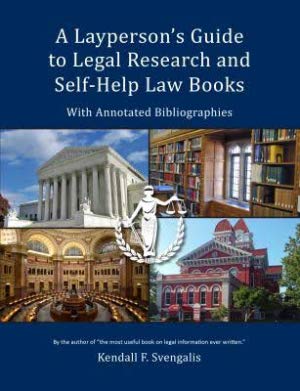 A Layperson's Guide to Legal Research and Self-Help Law Books

Unlike previous bibliographies of self-help law books, this book adopts a new approach. Each subject-specific bibliography is prefaced by commentary on the nature of the law of that field, together with links to online sources for further information, including legal research guides. The intent is to give laypersons some broader context in which to comprehend the nature of the specialty of their concern. Author Kendall Svengalis brings more than forty years experience as a professional law librarian, twenty-two of these as author and publisher of the award-winning annual Legal Information Buyer's Guide & Reference Manual, the nation's leading consumer guide to legal information. 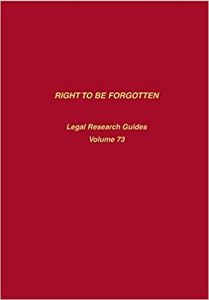 Right to Be Forgotten: A Legal Research Guide

The 'right to be forgotten' is a brand-new legal concept. Also known as the right to erasure or to be delisted, the right to be forgotten came into legal existence when the European Court of Justice (ECJ) handed down its decision on May 13, 2014 involving a dispute between a Spanish man suing a Spanish newspaper and its website and Google Spain. The EJC's decision has struck a chord in the Internet age. Due to the recent birth of this legal right, and its European genesis, there is a paucity of primary resources centering on the United States, including federal and state statutory law. Indeed, most of the listed resources are secondary in nature. Law review articles are quite numerous on the right to be forgotten. They provide the majority of resources on this subject matter, along with newspaper articles. 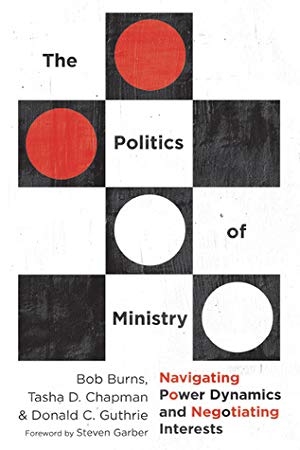 The Politics of Ministry: Navigating Power Dynamics and Negotiating Interests

In The Politics of Ministry, Bob Burns, Tasha Chapman, and Donald Guthrie combine their long ministry experience with sociological research on the topic. Filled with real-life stories taken from a variety of ministry settings, this book sets out wise principles and practices that help us see more clearly the political dynamics at play in our churches and parachurch ministries. 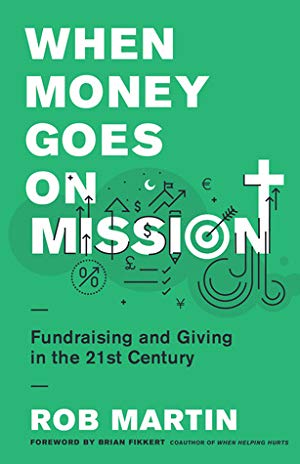 When Money Goes on Mission: Fundraising and Giving in the 21st Century

We’ve all seen fundraising and giving done poorly, but how do we get it right? Rob Martin was a grant maker for over twenty years and has been in and around the world of funding for a long time. He shares all that he’s learned about fundraising and giving in today’s world, the do’s and don’t, and how it can be mutually beneficial to all parties involved. He will teach you how the paradigm of giving is changing in the 21st century, how to craft a vision that donors will hear and appreciate, and how to build strong, successful relationships between donors and fundraisers. This is an essential read for anyone who gives or receives money. 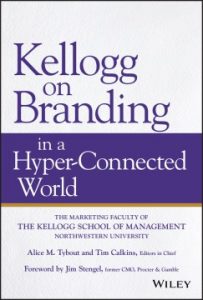 Kellogg on Branding in a Hyper-Connected World

Kellogg on Branding in a Hyper-Connected World offers authoritative guidance on building new brands, revitalizing existing brands, and managing brand portfolios in the rapidly-evolving modern marketplace. Integrating academic theories with practical experience, this book covers fundamental branding concepts, strategies, and effective implementation techniques as applied to today’s consumer, today’s competition, and the wealth of media at your disposal. In-depth discussion highlights the field’s ever-increasing connectivity, with practical guidance on brand design and storytelling, social media marketing, branding in the service sector, monitoring brand health, and more. Authored by faculty at the world’s most respected school of management and marketing, this invaluable resourceincludes expert contributions on the financial value of brands, internal branding, building global brands, and other critical topics that play a central role in real-world branding and marketing scenarios. 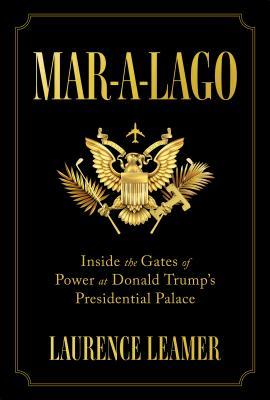 Mar-A-Lago: Inside the Gates of Power at Donald Trump's Presidential Palace

To know Donald J. Trump, it is best to start in his natural habitat: Palm Beach, Florida. It is here he learned the techniques that took him all the way to the White House. Painstakingly, over decades, he has created a world, in this exclusive tropical enclave and favorite haunt of billionaires, where he is not just president but a king. The vehicle for his triumph is Mar-A-Lago, one of the greatest mansions ever built in the United States. The inside story of how he became King of Palm Beach—and how Palm Beach continues to be his spiritual home even as president—is rollicking, troubling, and told with unrivaled access and understanding by Laurence Leamer. 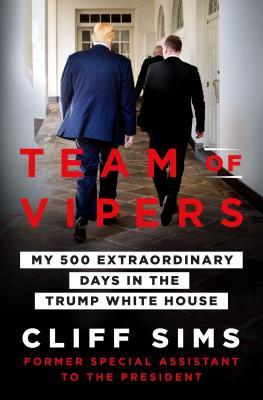 Team of Vipers: My 500 Extraordinary Days in the Trump White House 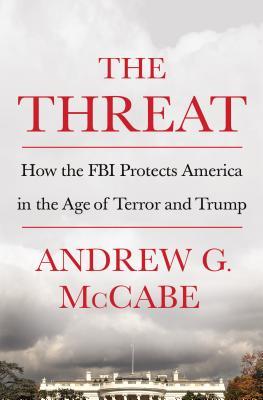 The Threat: How the FBI Protects America in the Age of Terror and Trump

In The Threat: How the FBI Protects America in the Age of Terror and Trump, Andrew G. McCabe offers a dramatic and candid account of his career, and an impassioned defense of the FBI's agents, and of the institution's integrity and independence in protecting America and upholding our Constitution. McCabe started as a street agent in the FBI's New York field office, serving under director Louis Freeh. He became an expert in two kinds of investigations that are critical to American national security: Russian organized crime—which is inextricably linked to the Russian state—and terrorism. Under Director Robert Mueller, McCabe led the investigations of major attacks on American soil, including the Boston Marathon bombing, a plot to bomb the New York subways, and several narrowly averted bombings of aircraft. Under James Comey, McCabe was deeply involved in the controversial investigations of the Benghazi attack, the Clinton Foundation's activities, and Hillary Clinton's use of a private email server when she was secretary of state. The Threat recounts in compelling detail the time between Donald Trump's November 2016 election and McCabe's firing, set against a page-turning narrative spanning two decades when the FBI's mission shifted to a new goal: preventing terrorist attacks on Americans. 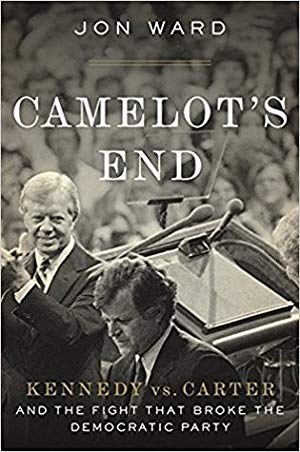 Camelot's End: Kennedy vs. Carter and the Fight that Broke the Democratic Party

From a strange, dark chapter in American political history comes the captivating story of Ted Kennedy's 1980 campaign for president against the incumbent Jimmy Carter, told in full for the first time. Camelot's End details the incredible drama of Kennedy's challenge -- what led to it, how it unfolded, and its lasting effects -- with cinematic sweep. It is a story about what happened to the Democratic Party when the country's long string of successes, luck, and global dominance following World War II ran its course, and how, on a quest to recapture the magic of JFK, Democrats plunged themselves into an intra-party civil war. And, at its heart, Camelot's End is the tale of two extraordinary and deeply flawed men: Teddy Kennedy, one of the nation's greatest lawmakers, a man of flaws and of great character; and Jimmy Carter, a politically tenacious but frequently underestimated trailblazer. Comprehensive and nuanced, featuring new interviews with major party leaders and behind-the-scenes revelations from the time, Camelot's End presents both Kennedy and Carter in a new light, and takes readers deep inside a dark chapter in American political history. 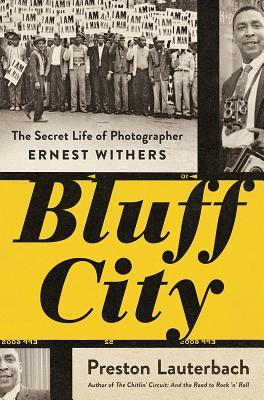 Who was Ernest Withers? Most Americans may not know the name, but they do know his photographs. Withers took some of the most legendary images of the 1950s and ’60s: Martin Luther King, Jr., riding a newly integrated bus in Montgomery, Alabama; Emmett Till’s uncle pointing an accusatory finger across the courtroom at one of his nephew’s killers; scores of African-American protestors, carrying a forest of signs reading "I am a man." But while he enjoyed unparalleled access to the inner workings of the civil rights movement, Withers was working as an informant for the FBI. 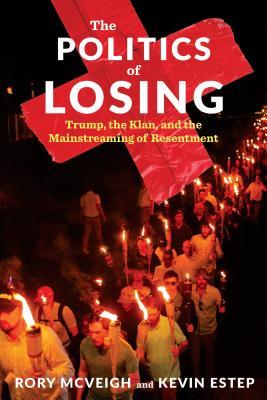 The Politics of Losing: Trump, the Klan, and the Mainstreaming of Resentment

In The Politics of Losing, Rory McVeigh and Kevin Estep trace the parallels between the 1920s Klan and today’s right-wing backlash, identifying the conditions that allow white nationalism to emerge from the shadows. White middle-class Protestant Americans in the 1920s found themselves stranded by an economy that was increasingly industrialized and fueled by immigrant labor. Mirroring the Klan’s earlier tactics, Donald Trump delivered a message that mingled economic populism with deep cultural resentments. McVeigh and Estep present a sociological analysis of the Klan’s outbreaks that goes beyond Trump the individual to show how his rise to power was made possible by a convergence of circumstances. White Americans’ experience of declining privilege and perceptions of lost power can trigger a political backlash that overtly asserts white-nationalist goals. The Politics of Losing offers a rigorous and lucid explanation for a recurrent phenomenon in American history, with important lessons about the origins of our alarming political climate.