Our featured eBook is One by One: A Memoir of Love and Loss in the Shadow of Opioid America 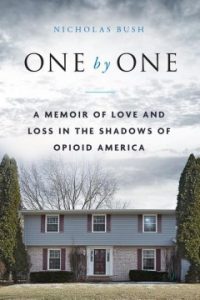 Behind closed doors, thirty-six million people around the world abuse opioids, three million of them are in the US. Nick Bush was one of them. Forty-five thousand people in the US die annually from the disease, two lives lost to it were Nick’s sister and brother, three were his friends. Opioid addiction is recognized as the nation’s worst health crisis. Because of it, the average American lifespan is decreasing.

Incredibly, the stories of the people suffering from opioid addiction rarely get told. In One by One, Nick steps out of the opioid shadows to share his page-turning true story. He is remarkably candid about how he became an addict, as well as the stories of those around him, in a community ravaged by the disease. Nick, though, is a survivor. Here he tells how, and inspires us to know that the war against opioid addiction is one that we can win if only we are willing to bring humanity to the disease, faces to the addiction.

To view this title, and other titles in this collection, start with the New eBooks Research Guide.

To borrow any of these books from us, simply click on the “Request Book” link under the title of interest, and use your State Library borrower’s card to request the book directly through the Library’s catalog. Not sure how to do that? See this short tutorial on how to request a book in the catalog.

Borrowers may also request these titles from the NJ State Library by sending an email to: circulation@njstatelib.org, or by contacting the Circulation Desk at 609-278-2640 x104, Monday to Friday, from 8:30 am to 5:00pm. 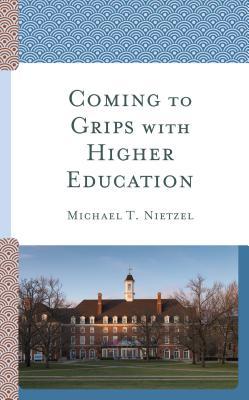 Coming to Grips with Higher Education

The American university faces many challenges. It has become too costly and inefficient. It fails too many students. It spends too much time and money on matters that should not be its priorities. It clings to policies and practices that need to go away. And it is too disconnected from the students and communities it must serve. This book proposes several changes to standard policies in our colleges and universities that will sharpen their missions, redirect funding to the highest priorities, improve student learning and attainment, redefine faculty engagement, slow down spending on amenities, and reduce the excesses of intercollegiate athletics. The recommended reforms remain true to the essential academic values embraced by the academy, but at the same time they recognize and respond to the new realities facing higher education. 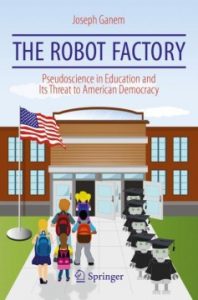 The Robot Factory: Pseudoscience in Education and its Threat to American democracy

This book exposes a disturbing misuse of the scientific method to advance policies and agendas that are in fact detrimental to both science and education. The author, a physics professor, examines two related trends in education, the practice of "data-driven" reform and the disparaging of the traditional liberal arts in favor of programs with a heavy emphasis on science and technology. Many of the reforms being foisted on educators have more in common with pseudo-science than real science. The reduction of education to a commodity, and the shilling of science as a means to enhance corporate profits, lead to an impoverished and stunted understanding of science in particular, and of education in general. 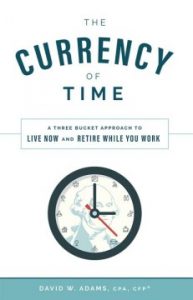 The Currency of Time: A Three Bucket Approach To Live Now And Retire While You Work

What if you could do what you’re passionate about and achieve work-life balance? What if you were relieved of the pressure to have some massive amount saved? Retiring while you work is possible no matter your level of wealth. In his book, The Currency of Time, author David Adams introduces his three buckets of life approach to create fluid life financial plans, not emergency retirement quitting plans. Using the three buckets approach will help you feel more free, joyful, and fulfilled. We can all find joy in the journey of life while still satisfying our ambitions, goals, health, and personal and spiritual lives. Adams teaches us that if we learn to prioritize living life while also planning for the future, we can find the kind of work-life balance that fuels dreams. 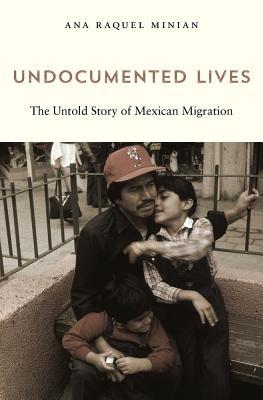 In the 1970s the Mexican government acted to alleviate rural unemployment by supporting the migration of able-bodied men. Millions crossed into the United States to find work that would help them survive as well as sustain their families in Mexico. They took low-level positions that few Americans wanted and sent money back to communities that depended on their support. But as U.S. authorities pursued more aggressive anti-immigrant measures, migrants found themselves caught between the economic interests of competing governments. The fruits of their labor were needed in both places, and yet neither country made them feel welcome. Undocumented Lives tells the story of Mexicans who have been used and abused by the broader economic and political policies of Mexico and the United States. 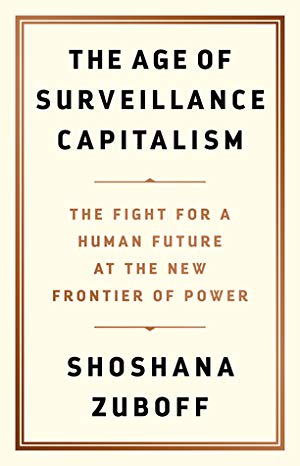 The Age of Surveillance Capitalism: The Fight for a Human Future at the New Frontier of Power

Shoshana Zuboff provides startling insights into the phenomenon that she has named surveillance capitalism. Zuboff vividly brings to life the consequences as surveillance capitalism advances from Silicon Valley into every economic sector. Vast wealth and power are accumulated in ominous new "behavioral futures markets," where predictions about our behavior are bought and sold, and the production of goods and services is subordinated to a new "means of behavioral modification." Zuboff's comprehensive and moving analysis lays bare the threats to twenty-first century society: a controlled "hive" of total connection that seduces with promises of total certainty for maximum profit--at the expense of democracy, freedom, and our human future. With little resistance from law or society, surveillance capitalism is on the verge of dominating the social order and shaping the digital future--if we let it. 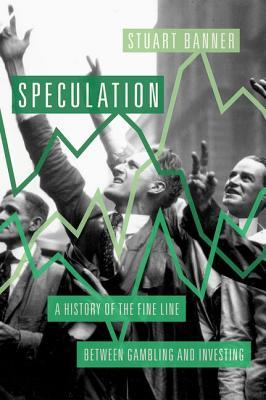 Speculation: A History of the Fine Line Between Gambling and Investing

In Speculation, Stuart Banner provides a sweeping history of how the fine lines separating investment, speculation, and outright gambling have shaped America from the 1790s to the present. Advocates for risky investments have long argued that risk-taking is what defines America. On the other side, critics counter that unregulated speculation results in bubbles that draw in the most ill-informed investors, creating financial chaos. The debate has been a perennial feature of American history. The Panic of 1837, the speculative boom of the roaring twenties, and the real estate bubble of the early 2000s are all emblematic of the difficulty in differentiating sober from reckless speculation. Banner's engaging and accessible history is invaluable not only for understanding the fault lines beneath the American economy today, but American identity itself. 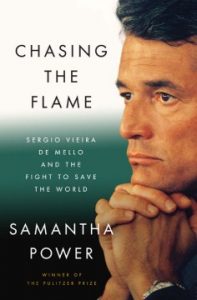 Chasing The Flame: Sergio Vieira de Mello and the Fight to Save the World

Soon to be the Netflix biopic, Sergio, with Narcos star Wagner Moura playing diplomat Sergio Vieira de Mello. In this perfect match of author and subject, Pulitzer Prize-winner Samantha Power tackles the life of Sergio Vieira de Mello, whose work for the U.N. before his 2003 death in Iraq was emblematic of moral struggle on the global stage. Power has drawn on a staggering breadth of research (including 400 interviews) to show us a heroic figure and the conflicts he waded into, from Cambodia's Khmer Rouge to the slaughter in Bosnia to the war-torn Middle East. The result is a peerless portrait of humanity and pragmatism, as well as a history of our convulsive age. 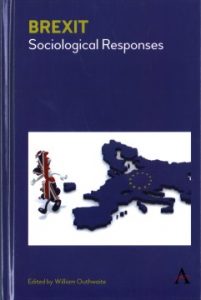 Brexit traces the implications of the UK’s projected withdrawal from the EU, placing short-term political fluctuations in a broader historical and social context of the transformation of European and global society. This book provides a forum for leading Eurosociologists (broadly defined), working inside and outside the UK, to rethink their analyses of the European project and its prospects, as well as to reflect on the likely implications for the UK. 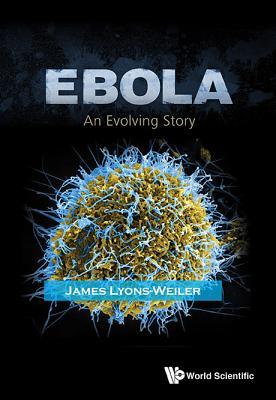 The book is a narrative of the unfolding of the Ebola virus disease outbreak from a scientific view point. The author provides an analysis of the scientific basis of public health policies that have influenced the public's, and the medical community's, abilities to understand the virus and the disease. This is done in the context of providing insights into the biology of the virus, and exploring open questions, including its likely modes of transmission. The author has included citations from the scientific literature and the press, as well as quotes from expert interviews. The book will help sort out the fact from fiction, given the confusion that arose after the virus arrived in the US. Written in an accessible style, it is intended for the educated general public, scientists, policy makers, health care workers, and politicians. It is a highly distinct narrative analysis that is sure to stimulate new research and thinking in public policy. It will inform thousands of people of the nature of the virus, how it works, in terms they are likely to be able to understand. 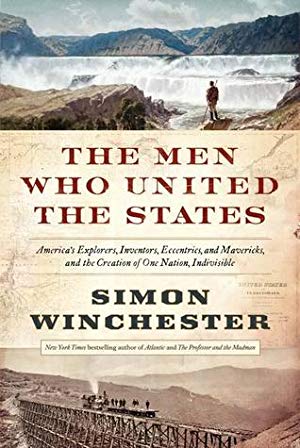 The Men Who United the States: America's Explorers, Inventors, Eccentrics and Mavericks, and the Creation of One Nation, Indivisible

How did America become “one nation, indivisible”? What unified a growing number of disparate states into the modern country we recognize today? To answer these questions, Winchester follows in the footsteps of America’s most essential explorers, thinkers, and innovators, such as Lewis and Clark and the leaders of the Great Surveys, the builders of the first transcontinental telegraph, and the powerful civil engineer behind the Interstate Highway System. He treks vast swaths of territory, from Pittsburgh to Portland, Rochester to San Francisco, Seattle to Anchorage, introducing the fascinating people who played a pivotal role in creating today’s United States. Throughout, he ponders whether the historic work of uniting the States has succeeded, and to what degree. Featuring 32 illustrations throughout the text, The Men Who United the States is a fresh look at the way in which one of the most powerful nations on earth came together. 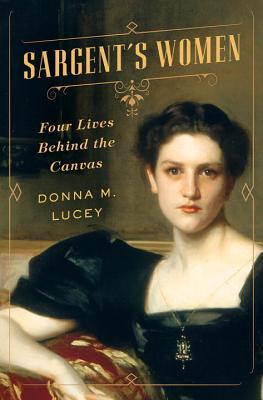 In this seductive, multilayered biography, based on original letters and diaries, Donna M. Lucey illuminates four extraordinary women painted by the iconic high-society portraitist John Singer Sargent. With uncanny intuition, Sargent hinted at the mysteries and passions that unfolded in his subjects’ lives. Elsie Palmer traveled between her father’s Rocky Mountain castle and the medieval English manor house where her mother took refuge, surrounded by artists, writers, and actors. Elsie hid labyrinthine passions, including her love for a man who would betray her. As the veiled Sally Fairchild—beautiful and commanding—emerged on Sargent’s canvas, the power of his artistry lured her sister, Lucia, into a Bohemian life. The saintly Elizabeth Chanler embarked on a surreptitious love affair with her best friend’s husband. And the iron-willed Isabella Stewart Gardner scandalized Boston society and became Sargent’s greatest patron and friend. Like characters in an Edith Wharton novel, these women challenged society’s restrictions, risking public shame and ostracism. These compelling stories of female courage connect our past with our present—and remind us that while women live differently now, they still face obstacles to attaining full equality. 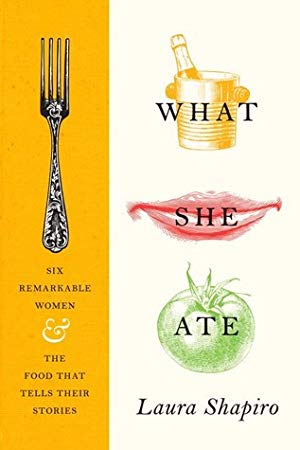 What She Ate: Six Remarkable Women and the Food That Tells Their Stories

What She Ate is a lively and unpredictable array of women; what they have in common with one another (and us) is a powerful relationship with food. They include Dorothy Wordsworth, whose food story transforms our picture of the life she shared with her famous poet brother; Rosa Lewis, the Edwardian-era Cockney caterer who cooked her way up the social ladder; Eleanor Roosevelt, First Lady and rigorous protector of the worst cook in White House history; Eva Braun, Hitler’s mistress, who challenges our warm associations of food, family, and table; Barbara Pym, whose witty books upend a host of stereotypes about postwar British cuisine; and Helen Gurley Brown, the editor of Cosmopolitan, whose commitment to “having it all” meant having almost nothing on the plate except a supersized portion of diet gelatin.