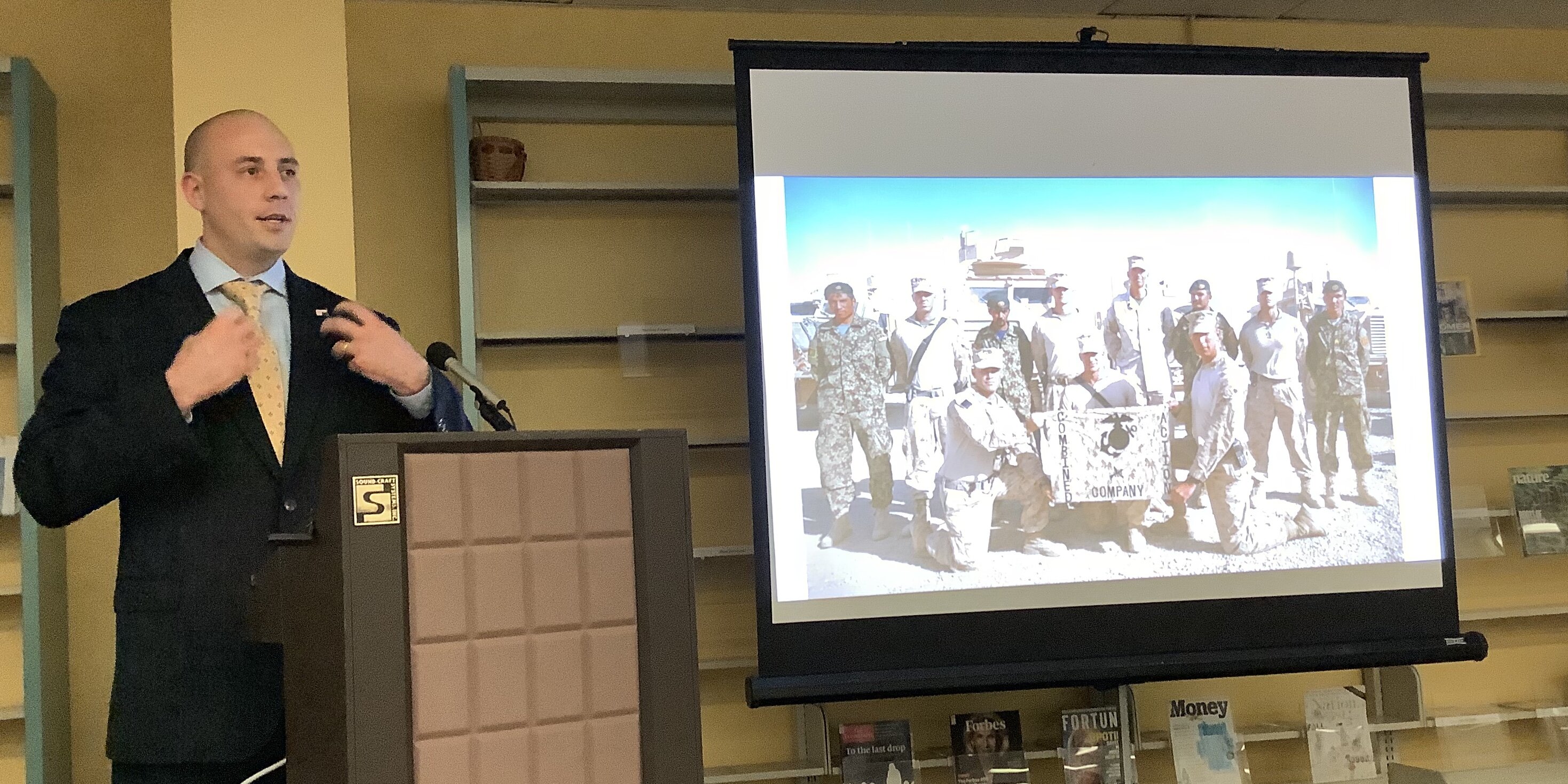 Together, the Marines and soldiers conducted counterinsurgency operations that prevented Taliban forces from transporting children, drugs, weapons and other goods within their area of operation. Bodrog’s platoon also executed search and recovery missions. One included recovering a soldier who went missing near the 715-mile-long Helmand River, the longest river in Afghanistan.

During his deployments, Bodrog often called home and asked his family if they had heard about the successes that Bodrog saw in Afghanistan. They had not. This truth is one of many that motivated Bodrog to write his book. He wanted to highlight the strength and bravery that his Marines exuded under such austere conditions, including living and operating in 130-degree temperatures. “As a platoon commander,” Bodrog said, “it was my honor, duty and privilege to write this memoir for my men. They are heroes in every aspect, and their stories should never be forgotten.”

Capt. Mark A. Bodrog, a native New Jerseyan, earned his B.A. in criminal justice from Rutgers University. He commissioned as a second lieutenant in the United States Marine Corps in Quantico, Virginia. He served two combat deployments in the Helmand Province, Afghanistan with 3rd Battalion, 3rd Marine Regiment in support of both Operation Enduring Freedom 10.1 and 11.2. This year, Capt. Bodrog published a play called Twenty-Two A Day: A Tragedy in Three Acts. Bodrog co-authored the play with veteran and friend Hunter Haskins. The play is based on true events and experiences in Bodrog’s life, and its aim is to raise awareness of the 22 veterans who take their life each day.